A representative of Indonesia for the first time became "Miss World. Folk Queen - 2020" 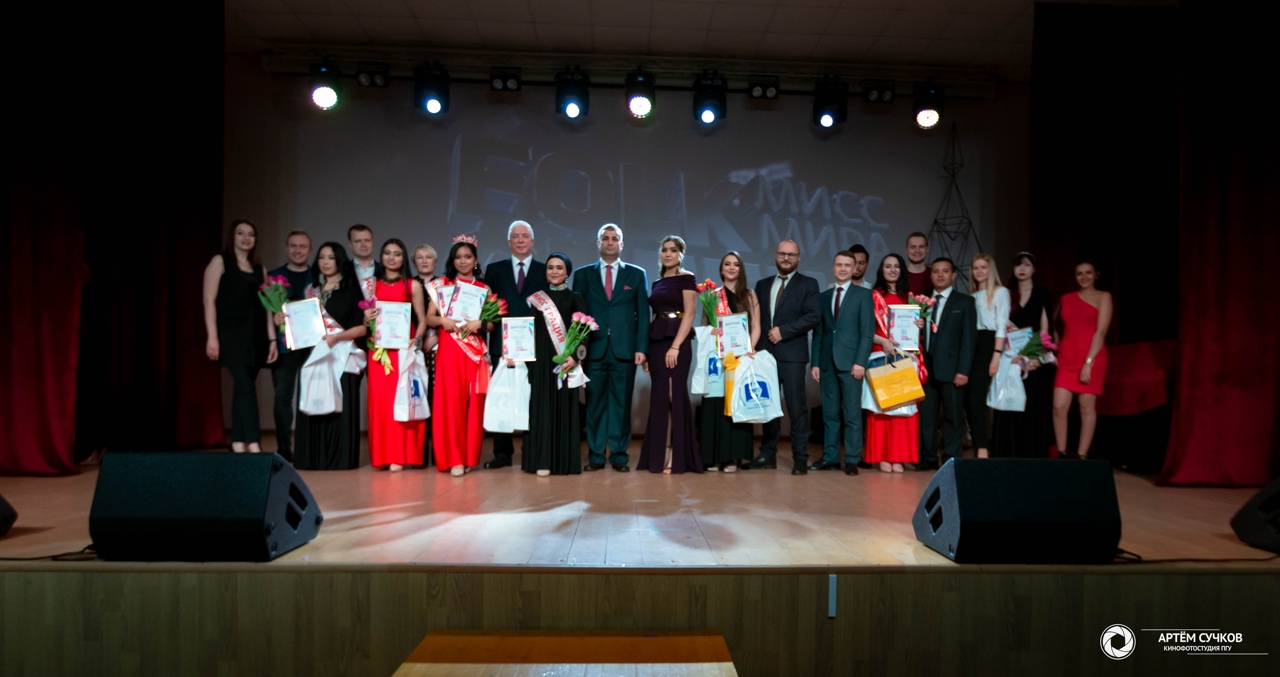 On March 5, Penza State University hosted the VI International beauty contest among international students “Miss World. Folk Queen – 2020”. The organizer of the competition was the International Education Office of PSU. The final was attended by honoured guests, including Dr Bashir Samakha, a PSU partner, General Director of the National Arab-Russian Association, who personally congratulated Aleksandr Guliakov on his re-election to the post of Rector and presented a congratulatory address from the Ambassador of the Republic of Lebanon to Russia.

Representatives of seven countries participated in the contest: Colombia, Indonesia, Egypt, India, China, Tajikistan and Turkmenistan. The girls had to go through several stages: a fashion show in national costumes, composite cards, a fashion show in evening dresses and “Dance of Peace”. Especially for this evening the contestants organized the out-of-contest defile of gratitude to the doctors who have been fighting the COVID-19 pandemic. Another innovation in the final show was the intellectual stage, during which the participants had to recognize the encrypted artists, complete a phrase from a famous Soviet film and tell about the image of a modern girl in their country. Moreover, the contest was broadcast live on the YouTube platform.

The winner of the Miss World. Folk Queen - 2020 is the representative of Indonesia - Inri Reik.