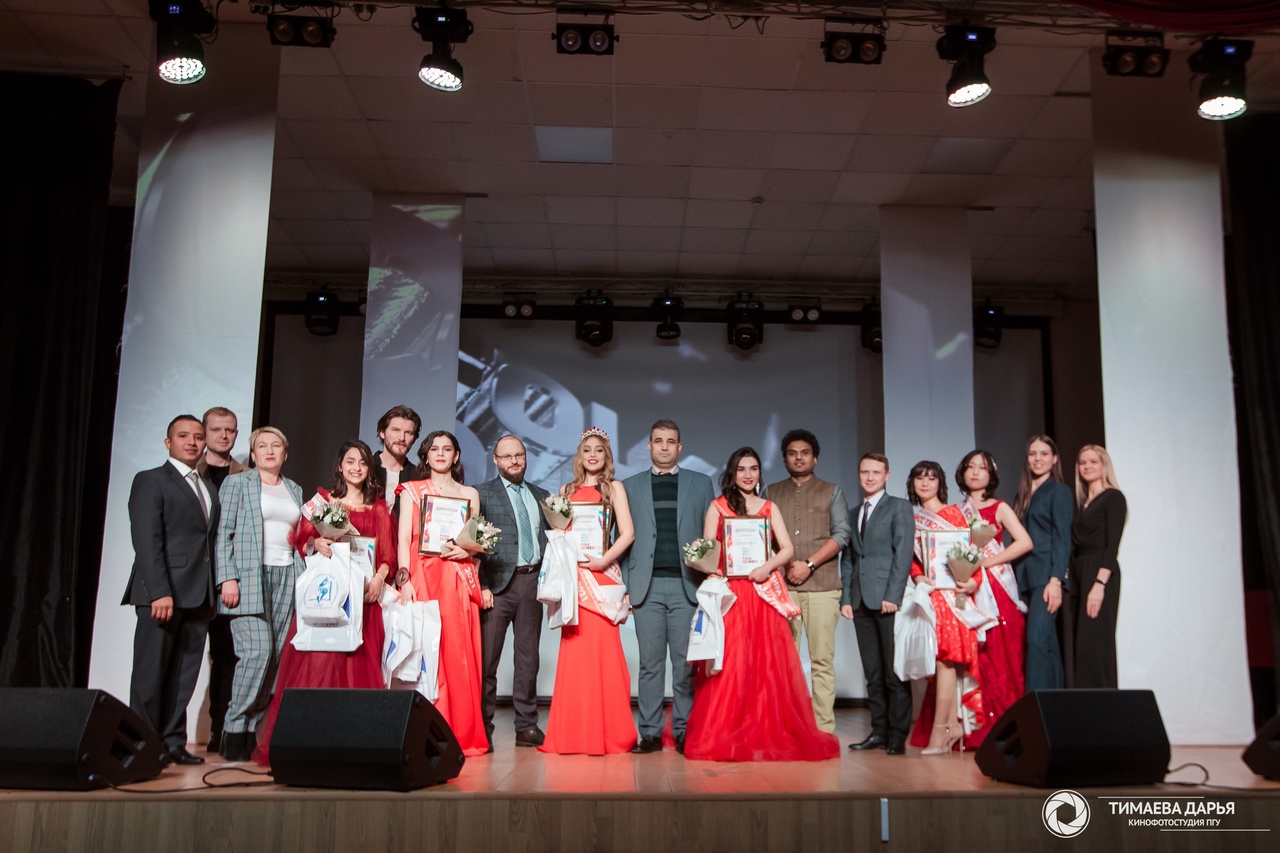 On Tuesday, December 21, Penza State University hosted the International Beauty Contest among international students “Miss World. Folk Queen - 2021". It was held in a mixed format with live streaming on YouTube. The organizer of the contest was the Department of Student Affairs of International Education Office, PSU. The final was attended by honorable guests, including partners of PSU: Dr. Bashir Samaha, Chairman of the National Arab-Russian Association, and Yuvraajsinh Solanki, Director of RusEdu Corporation. On behalf of Aleksandr Guliakov, Rector of PSU, the partners were awarded certificates of appreciation for their assistance in running the admission campaign-2021 and for fruitful strategic cooperation.

“It is a great honor for us that our partners have accepted the invitation to attend the Miss World. Folk Queen Contest. This event traditionally reveals the multifaceted beauty of the participants, the special national flavor, the culture of the countries where they came. From The task of the contest, which the Institute of International Cooperation considers to be the main one, is to create conditions for unlocking the potential of students, as well as for developing partnerships between Russia and foreign states. Beauty and art have been and still are international languages that do not require translation,” emphasized Gleb Sintsov.

The girls had to go through several stages: a fashion show for getting acquainted, a business card contest, a fashion show in evening dresses and a synthesis performance “Dance of the World”.

The bronze award of the contest was given to Khandjada Sumayabana (India), the silver award - to Parizoda Abdumazhidova (Uzbekistan). The winner of Miss World. Folk Queen - 2021 became the representative of Lebanon Cynthia Savaya.