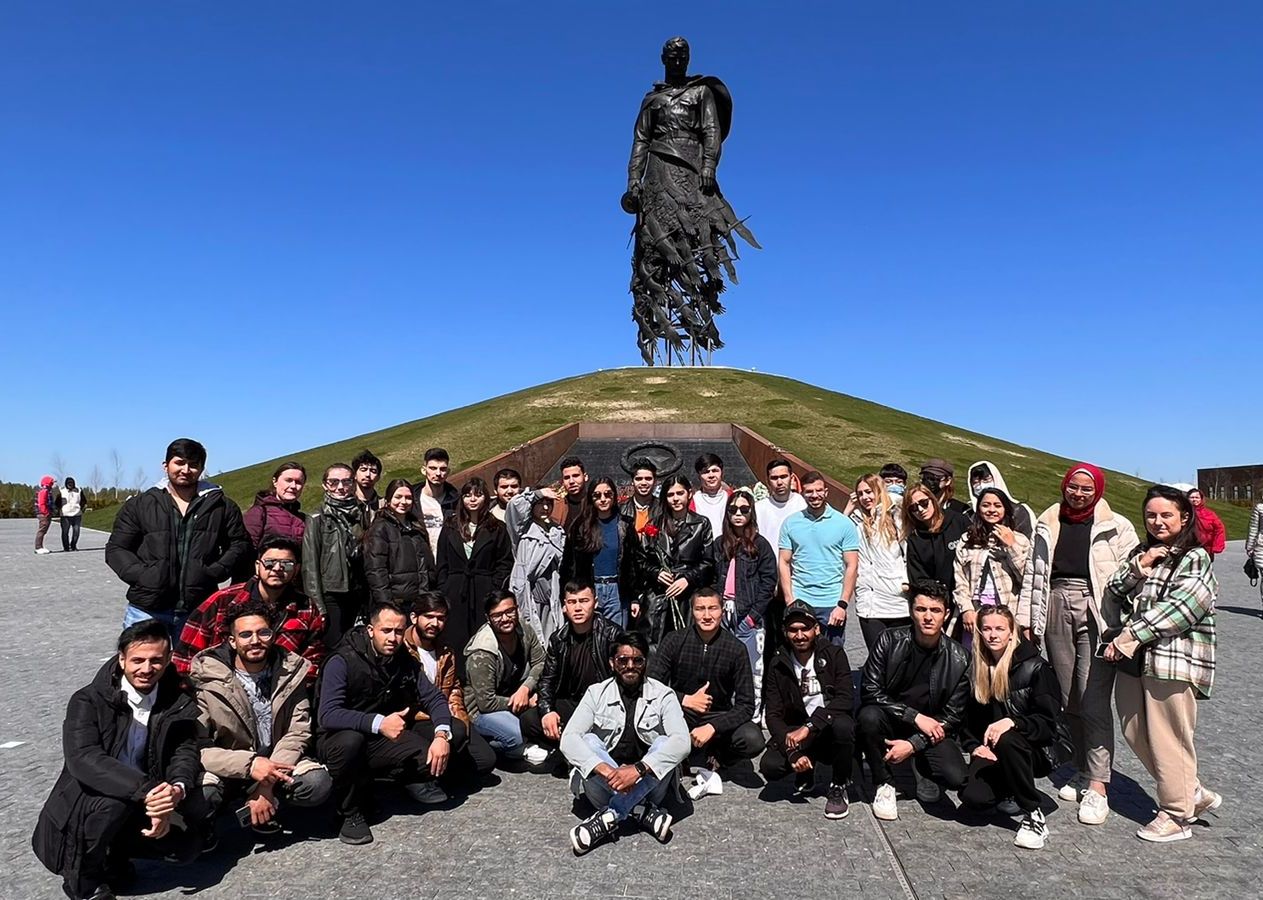 Every year, the best international students of Penza State University, who excel in science, studies, sports, creativity and social life, are awarded an excursion to one of the cities of Russia. This year was no exception: the students went to Tver, the city of military glory.

“Such trips not only allow foreigners to get acquainted with the culture, history and traditions of different peoples of Russia, learn about their customs and language,” commented Gleb Sintsov, Vice-Rector for International Affairs, “but also unite them into one friendly international team. It is these unforgettable moments that will remain in the memory of international students for their whole life!”.

The students got acquainted with the main sights of Tver during a sightseeing tour: they learned the history of the city, visited the historical center of the city, saw the famous three-beam system of central streets, also called the "Trident of Versailles", the Imperial Palace, a monument to Afanasy Nikitin, a merchant and traveler of the 15th century, I.A. Krylov, A.S. Pushkin, Grand Prince Mikhail Yaroslavich of Tver; the most beautiful Volga embankment of Stepan Razin, an ensemble of main squares and, of course, one of the symbols of Tver - the Old Volga Bridge, the Tver River Station. Moreover, international students had the opportunity to look at the city from the Volga River on a boat.

Also, the delegation of the Institute of International Cooperation, PSU, visited the city of Rzhev, namely, the museum-diorama "The Battle of Rzhev 1942 - 1943", which reflects a new look at the military operations in the area of the Rzhev-Vyazemsky bridgehead, and demonstrates the real scale of the military operations that took place there; Memorial to the Soviet soldier. The memorial was erected on the site of the bloodiest battles of the Great Patriotic War. Here, in the course of 14 months’ exhausting battles from January 8, 1942 to March 31, 1943, according to various sources, about a million Soviet soldiers died and hundreds of thousands were wounded.

“We are grateful to the Institute of International Cooperation for the opportunity to visit such beautiful historical cities. Thanks to these excursions, we will get to know Russian culture and its originality more deeply,” emphasized PSU international students.