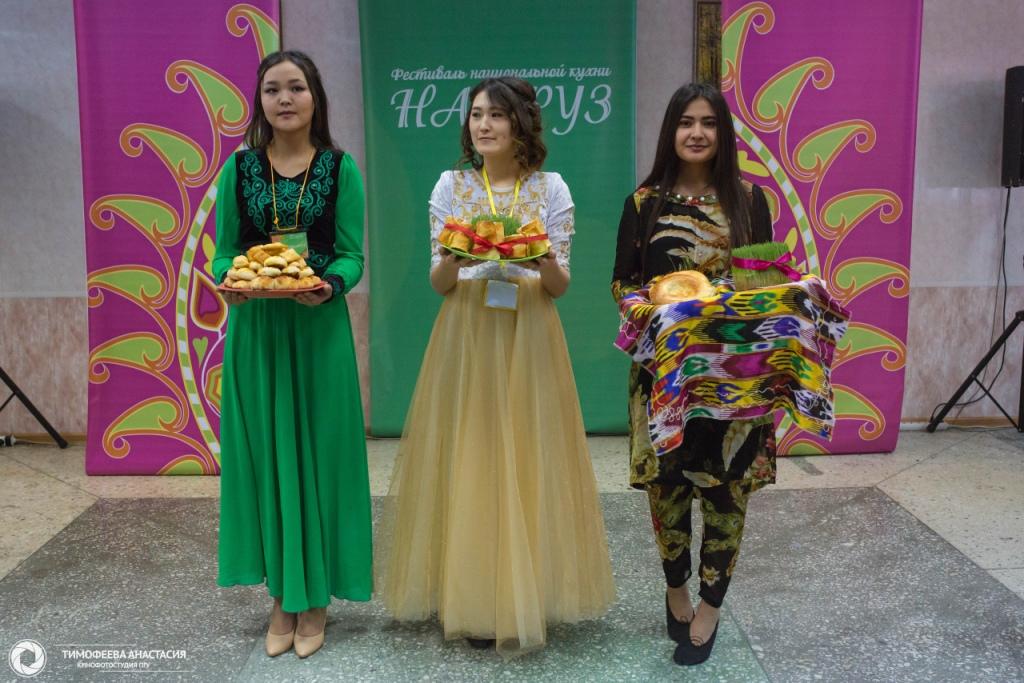 The holiday of Nowruz (also known as Navruz) was celebrated at Penza State University within the Cultural Marathon “Around the World in 2 Semesters”.

PSU students from Kyrgyzstan, Tajikistan, and Turkmenistan presented their cultures and traditions. The representatives of the Regional Tatar National and Cultural Autonomy of the Penza Region were invited to participate in the celebrations.

“The immense value of Nowruz lies in the significant saturation with national attributes and flair, as well as in bonding and favourable cultural exchanges between nations. Through arranging such events the international students better adjust to and socialise in the Russian student community,” stressed Sergei Vasin, acting Vice-Rector for International Affairs of PSU.

The honoured guests of the festival (among them wereM.K. Ismonov, Deputy Chairman of the Tajik National Culture Centre “Community”, Zh.Z. Tuktarov, Chairman of the Regional Tatar National and Cultural Autonomy, A.Sh. Rakhmatulin, Director of Penza Children and Youth Sports School of Olympic Reserve in boxing) also congratulated PSU students on this holiday and wished them all the best.

The celebration of Nowruz has become tradition at Penza State University. As usual, the guests attended the concerts and the exhibition of folk arts and crafts, sampled national cuisine and participated in the ethno-style dance party. Unlike in the past, they got acquainted with cooks. The jury members represented by the honoured guests had to choose the winners in four nominations, including the most delicious meal.

The nominations were as follows:

The festival also comprised the award ceremony presenting the winners of the Kurash tournament (folk belt-wrestling), which was held at PSU on 20th March 2019.

Nowruz is the international holiday of the New Year according to solar calendar, which is celebrated on 21st March by the Iranians and Turkic peoples. On 30 September 2009, UNESCO included Nowruz in the Representative List of Intangible Cultural Heritage. Since then, 21 March has been proclaimed the International Day of Nowruz.