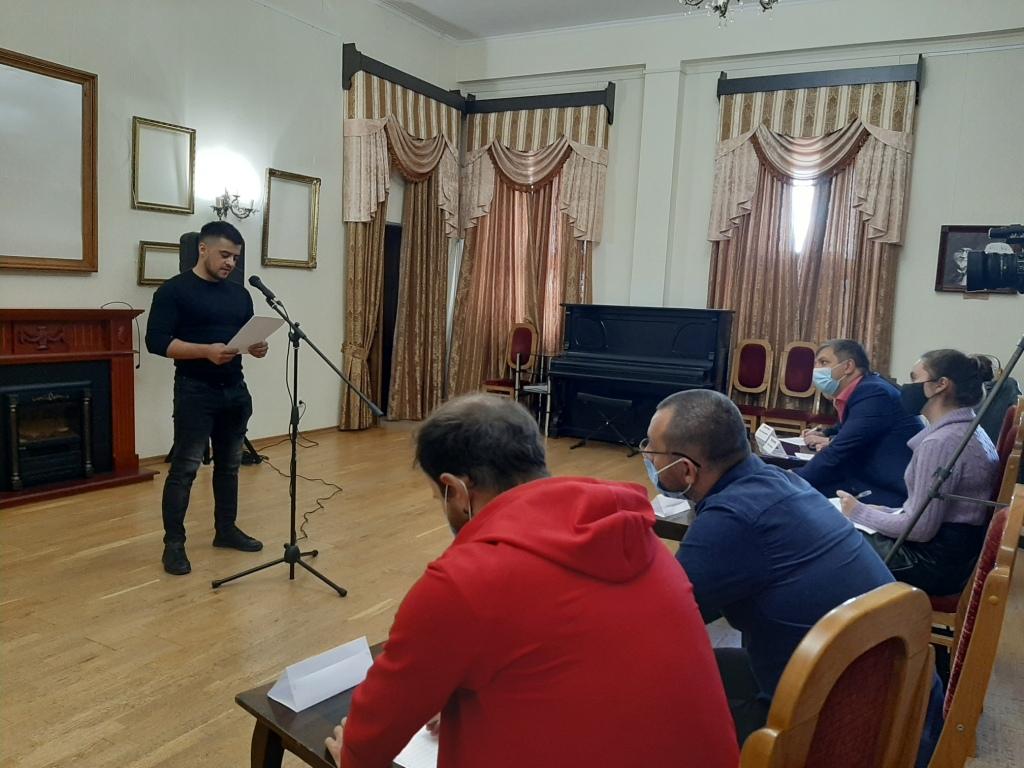 Students of the Institute for International Cooperation took part in the second state of the reading contest "Words are like wings ...", which took place on September 14th at the Literary Museum.

The first stage, due to the current epidemiological situation, was conducted at a distance: the participants presented their work in video format. Of more than 100 contestants, the jury selected only 30, who, at the second stage, had to read the work from the sheet. The young people had only a few minutes to prepare. At this stage, Penza State University was represented by students from Tajikistan, India, Indonesia and Turkmenistan.

According to the results of the second stage, 12 people will become pupils of famous Penza actors and teachers of performing arts for 3 months. Among them are PSU international students, who came under the personal supervision of the actors of the Penza Regional Drama Theater: Ilya Kochetkov became the mentor of Nurullaeva Rozygul (Turkmenistan), Hitijahubessi Victoria (Indonesia) will prepare for the final with Yulia Kochetkova, and Karimzoda Khusravdzhoni (Tajikistan) will be trained by Vladislav Matyukin.

The finalists will perform on December 7th at the gala concert of the contest "Words are like wings ..." on the stage of the Regional Drama Theater.

We congratulate the students and wish them further success!