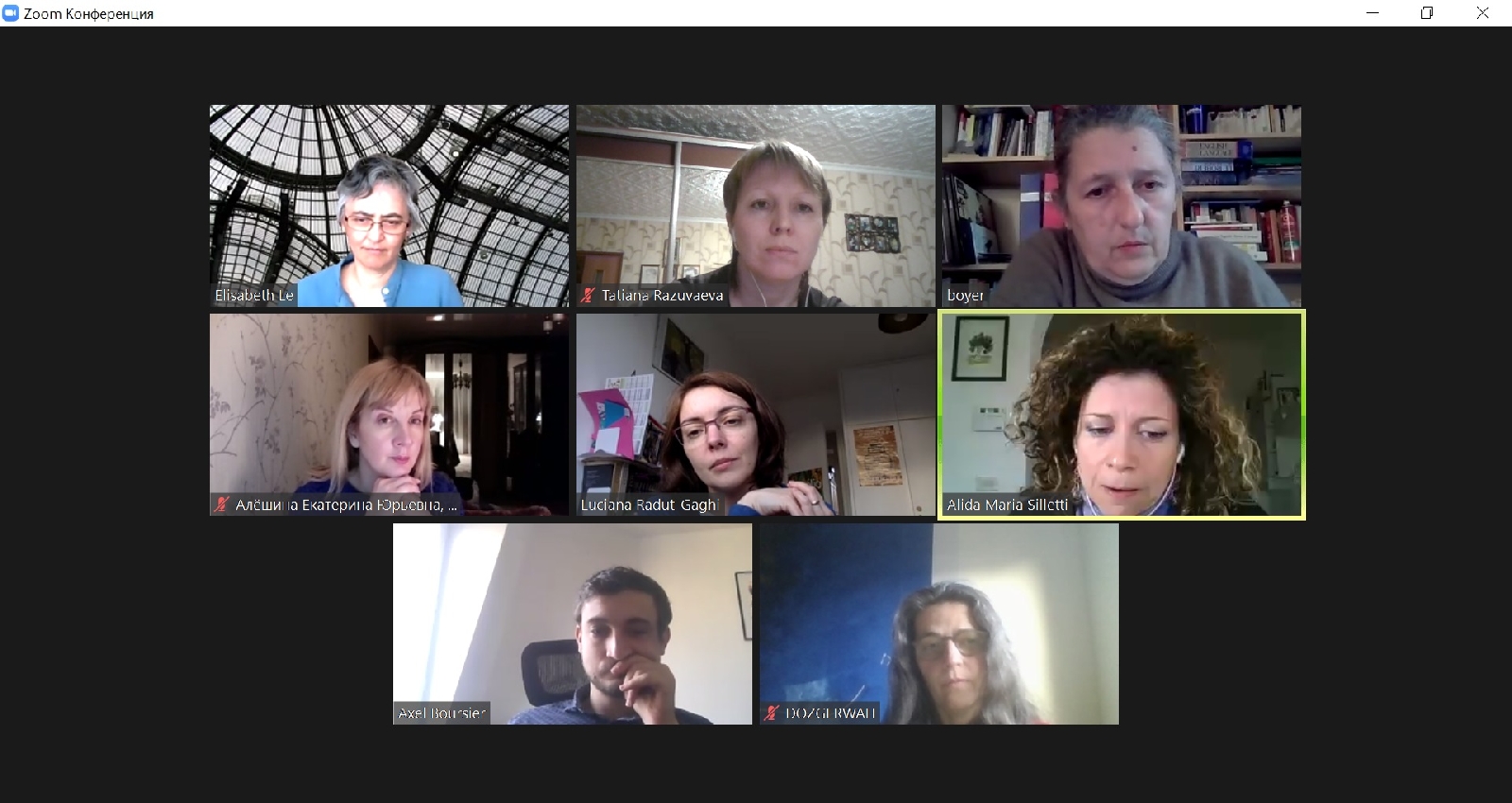 The LEMEL Consortium has existed since 2014 and consists of researchers from France, Germany, Italy, Romania, Poland, Canada, and Russia. Since 2019, the Consortium members have been taking part in implementing the DIREPA project, dedicated to a comparative analysis of reflecting historical discourse in the media texts of French, Italian, German, British, Romanian, Polish, and Russian online newspapers on the example of covering the 100th anniversary of the First World War.

Currently, the Consortium members are working on the preparation of a collective monograph, which will be published by the renowned international publishing house Palgrave Macmillan. As part of the online meeting, the participants discussed the concept of the book, briefly presented the results of their research work, which will be reflected in the chapters of the monograph, and also agreed on the deadlines for preparing the manuscript.